“But workplace violence (WPV) isn’t that prevalent and isn’t likely to hit my business. I take care of my employees and they are all happy” 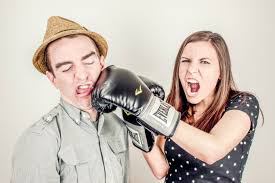 So started my recent conversation with a small business owner in Scottsdale, AZ at a networking event. What I found out was that he didn’t understand what WPV really was. Nor did he realize, or acknowledge, the many different facets of it.

“WPV affects 100% of all businesses in this country.” I said “Just because it doesn’t involve a firearm doesn’t mean that something isn’t WPV.”

“Items such as bomb threats and hoaxes are considered WPV. Verbal assaults and threats are also elements of WPV. And then of course, you can add bullying and harassment into that as well.” I then went on to name a few WPV incidents that had occurred in the Phoenix area.

“Are you kidding me? Those things are not WPV.” He again scoffed.

“Ah, but they are. The reasoning is that each and every one of them can contribute to someone bringing in a firearm or using something like an ink pen or coffee cup to assault.”

“But OSHA only counts actually assaults and not that other stuff.”

“This is true and a fact that too many WPV professionals believe and fall into. OSHA only counts 2 million incidents a year. However, they don’t count incidents in schools, against teachers and staff…” seeing his look I explained, “Are not schools places of employment for teachers and administrators?”

“Yes, but it’s not the same” he persisted. Instead of arguing with him I went on.

“In 2005 the University of South Florida released a study that concluded that more than half of American workers are assaulted, bullied, harassed, or threatened every year — over 75 million. And more than 10% of workers are actually assaulted every year. Whether those are physically or verbally, and yes a verbal dressing down by someone, if done in anger, is an assault.” I stated.

“And the disturbing thought is that each fatal incident can cost you as much as $10 million dollars. And this doesn’t count the fact it’ll take about 2 months to get back to full production and productivity. And then of course the psychological trauma induced by the incident…”

“But that’s why I have insurance! They’ll cover all that stuff, I don’t need to worry about that.”

“Are you sure?” I queried. “Few companies, unless they are self-insured for millions can rest easy knowing that they are actually covered.”

“Well… I need to mingle some more, but I really don’t believe all of those numbers you quoted.” He then turned & walked away.

And the business he owned? A company that molded & anodized metal. He had about 75 employees, more in the busy season. 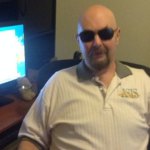 Robert Sollars, The Blind Security Professional, has worked for several large national, regional, and local security companies. He has written more than 75 articles and has been featured in the media more than 130 times regarding the subject. Due to his experience he has been present at more than 4 dozen incidents – working through them and defusing the confrontation with the perpetrator.