Small Business Person of the Year 2019 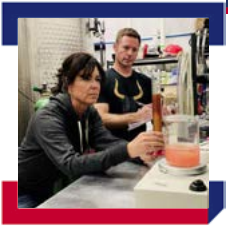 Jef Herbert got his first taste of the possibilities of creating new flavors of Mead, an alcoholic beverage made by fermenting honey, afer taking a brewery course at Chicago’s Seibel Institute. Jef and his wife Jennifer founded Superstition Meadery in 2012, and that year they produced 300 gallons of mead and cider in a 20 squarefoot space. Fruit, herbs, spices and barrel aging are the basics of mead production, a beverage that has been enjoyed across cultures around the world going back 4,000 years.

Within two years, demand for Superstition’s mead and cider products pushed the couple into a 2,500 square-foot space, which they outgrew in six months while producing 6,800 gallons of mead and cider. Counseling from the local Small Business Development Center, and two SBA loans supported the continued domestic and international expansion to five countries. Superstition Meadery’s sales had grown from $724,000 in 2015, to $1.9 million in 2017, and staf increased from nine to 20.

Small Business Subcontractor of the Year 2019 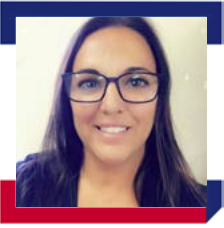 Before Jennifer Rahn, President of Admiral Engineering & Manufacturing Company, Inc., became the president of the company, for 18 years she held several positions including ofice assistant and Executive Vice President in the company. Jennifer worked closely with the previous owner of the company and learned every aspect of the business. Upon the previous owner’s retirement, she purchased the company. Admiral Engineering is a woman-owned high quality precision manufacturing firm with more than 51 years in the machining industry. Its specialty is numerically controlled milling, tooling, prototype and developmental machining for the aerospace, defense, space medical and technology industries.

Admiral Engineering has 25 employees and averages $3 million in revenues annually. The company manufactured the Deployable Surface Asset (DSA) Program and the DSA antenna manufacturing antenna that is still used today.

Phoenix SCORE is funded in part through a Cooperative Agreement with the U.S. Small Business Administration.

How Much Should a New Business Budget for Marketing?

March 2, 2017, Giselle Aguiar
Marketing is an essential function of any business who wants to draw new customers. Whether B2B or B2C, you have to promote your business so people know you exist. Read more
Blog

Are You Ready to get on the Startup Rollercoaster?

February 4, 2019, Dane Kolbaba
Everyone thinks business owners live the dream life. They see a person who has money and lots of toys so of course they are living the dream, right? Read more