Almost everyone knows that all sentences need to end in punctuation. It’s the punctuation within the sentences that causes confusion. The comma is the most used (and misused) punctuation. Here’s a brief summary of the most common uses of the comma.

Here’s a guide to the Proper Use of Commas

Comma use in a series

Always use a comma when listing items in a series. Example: I woke up, ate breakfast, and went to work. Although I have seen the comma before the conjunction omitted, in formal writing, it is still used.

Comma use with a conjunction and two independent clauses

Comma use with an introductory clause or phrase

When starting a sentence with an introductory clause or phrase (like this sentence), always use a comma. Example: Looking up at the clock, Jennifer noticed she was behind schedule. In cases where the clause has fewer than three words, it may be permissible to omit the comma. Example: Yesterday I went to the mall. I use a comma, but in a case like this, it is a stylistic choice.

Comma use with parenthetical phrases

Comma use with quotations

Always use a comma to set off a quotation. This is most commonly found in novels. Example: Susan asked, “Is this where the party is?”  The phrase “Susan asked” is not part of the quote. The comma comes before the quotation.

Comma use with coordinate adjectives

This may not come up as the others, but it is still important to know. A coordinate adjectives are multiple adjectives that describe the same noun. Example: The tall, pretty woman standing there is my friend.

These are just a few of the most uses of the comma. There are many more. If your head isn’t spinning enough about when to use the common, I will briefly discuss a couple of common instances not to use the comma.

Do not use a comma to separate two independent clauses

What grammar mistakes do you make or need clarification on? Please comment below….. 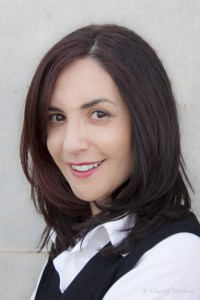 Sharon Bohm is a local freelance writer. She taught English Composition for the Maricopa Community College District for many years. Connect with her on LinkedIn.